It’s no secret that construction project management has a high failure rate. In this article, we would like to provide a clear and thoughtful picture about failure and to understand the importance of good project management. Going through these often staggering statistical facts will help you to recognize the risks and avoid falling into the common traps of the industry.

1. Most organizations have a 70% failure rate.

A project is considered to be successful when it is completed on time and within the estimated budget. Using this definition of success, A 4PM survey found that most organizations have a project failure rate of 70%, the main reason for this failure being poor project management.

2. Only 42% of organizations are aligned with project strategy.

PMI research shows that just 42% of organizations report a high alignment of projects with good organizational strategy. This lack of alignment most likely contributes to the surprising result that nearly one half of all strategic initiatives (44%) are reported to be unsuccessful. Nowhere near as surprisingly, companies that have poorly aligned strategy also report much weaker financial results than their peers.

3. 2.5% of companies successfully complete 100% of their projects. Gallup

A study by PricewaterhouseCoopers, which reviewed 10,640 projects from 200 companies in 30 countries and across various industries, found that only 2.5% of these companies successfully completed 100% of their projects.

4. A Gartner survey shows that the failure rate is higher with a large budget.

The failure rate of large projects with budgets exceeding US$1 million was found to be almost 50% higher than for projects with budgets below $350,000. The most frequently mentioned causes of project failure are functionality and quality issues, substantially late timeframes, high cost variance, and cancellation, among other reasons.

6. According to a Geneca study, 75% of respondents lack confidence in project success.

75% of respondents admit that their projects are either always or usually “doomed right from the start,” including 27% who always feel this way. Meanwhile, 80% of subjects admitted to spending half their time on rework.

7. A Cortex study shows that 57% of projects fail due to breakdown in communications.

Good communication is crucial to successfully managing and delivering any project. Poor or mishandled communication can lead to expensive rework, delays, accidents, and dissatisfied customers.

8. A survey by Capterra shows that 56% of organizations have used only one project management system.

This same survey states that organizations typically spend $10,329 each year ($861 per month) on project management software. This implementation also has the greatest positive impact on team communication, according to respondents. The most desired feature of such software is functionality, followed by ease of use, price, and support respectively.

9. PMI reports demonstrate that 77% of high-performing companies understand the value of project management.

At the same time, only 40% of low-performing companies understand the value of project management. Successful organizations therefore have a continued focus on the outcomes of the intended benefits of their projects and programs.

These findings and statistics can lend us general insight. However, they also encourage us to analyze common mistakes and to consider what we can do differently in order to ensure project success and reduce the high cost of low performance. 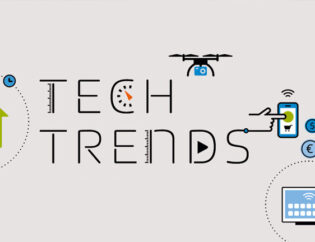